Jed Becker is a composer, songwriter, music director and sound editor. He is best known as the composer and music director for the Nick Jr. series’ “Dora the Explorer” and “Go, Diego, Go!”, with over 60 underscores and 120 songs written for the two award-winning series. As a children’s composer, he has also written for Sesame Studios and Universal Kids. His band, The Lord Calverts, has had songs placed on film and television, including NBC’s The Mysteries of Laura and Aquarius. Jed is also a veteran sound designer/sound effects editor, music editor and voice director; he has earned an RIAA-certified Gold Record as a producer, and has been nominated for an Emmy Award as a composer. He has also been nominated for a New York area Emmy for composing a theme song for Sports Channel.

Having struck up a friendship with New York club legend Kid Creole, Jed produced an album for him, “Kiss Me Before the Light Changes”.

Jed worked as a music director for the ABC shows “One Life to Live” and “All My Children”, and as a digital-audio engineer at studios such as National Sound and Sony Music Studios.

As well as underscoring and songwriting, Jed’s work on “Dora” and “Diego” has included voice recording engineer and sound editor. As music director, he’s elicited vocal performances from all the voice talent in the history of the show, as well as guest talent such as Cheech Marin, John Leguizamo, Rosie Perez and Hilary Duff. Jed was the sound designer/sound effects editor for 100+ episodes of the series, and served as music editor for those episodes as well. Jed has also acted as voice director for eight episodes of “Dora”.

Teaming with Askold Buk, veteran composer for such series as “Frontline” and “20/20”, the two work as gibberish music; check out their work here.

The production company I co-owned, Big Noise, produced radio spots as well as music, so naturally I worked with and directed dozens of wonderfully talented voice actors. This was a great laboratory for working with a range of talent in a variety of genres. I went on to voice direct for "Dora the Explorer," directing eight episodes, "Little Bill" and other Nickelodeon related projects. 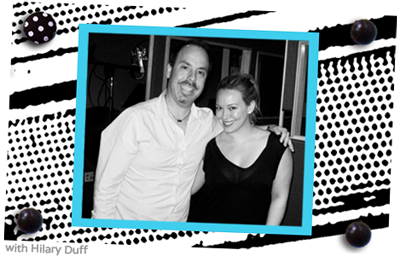 As a composer working with singers and musicians, music directing was a natural progression for me. For more than 200 episodes of “Dora” and “Diego”, I elicited the singing performances for the songs featured on the shows, working with hundreds of children, and quite a few adults, too. Music directing draws on my unique set of skills – to relate to the talent as actors, and to help them convey emotion while focusing on producing an excellent vocal performance.

Sound design can be as creative as music composition. There’s an alchemy in the perfect marriage of sound and picture that can result in magic. In addition to my work as a composer, I’ve created every tweet, splash, whoosh and crash for more than 100 episodes of “Dora” and “Diego”, as well as other animated and live action projects. I’ve also recorded, edited, sound designed, music edited and mixed hundreds of radio and television spots. 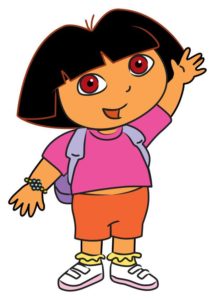 I was contacted by Oxford University Press to write 23 original songs for their course, “Learn English with Dora”, destined for Asian and South American markets. 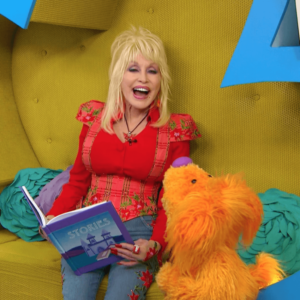 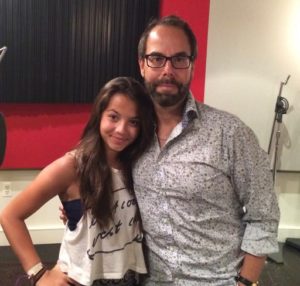 Isabela Moner is set to play Dora the Explorer in Paramount’s live-action film, directed by James Bobin! I can tell you, she is one talented young lady!